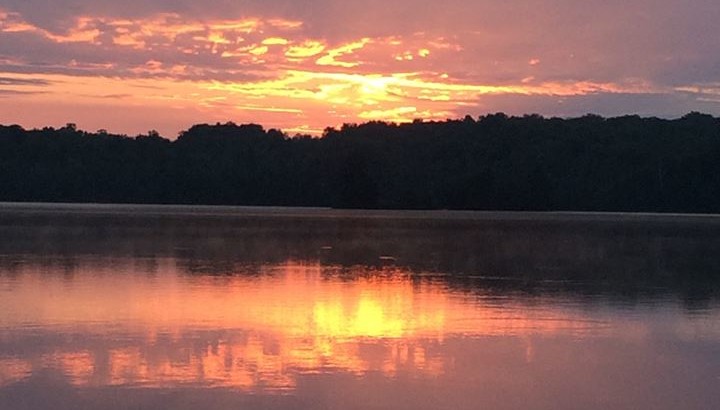 It is with great sadness that we announce the passing of Sandra Joyce. Sandy passed away on the morning of Thursday, February 14th at Toronto General Hospital with her family by her side. Sandy fought so hard. She was taken from us far too soon and will be missed.

This photo was taken by Sandy on one of her many quiet mornings on White Lake, where she would watch the sun rise from the dock, coffee in hand. 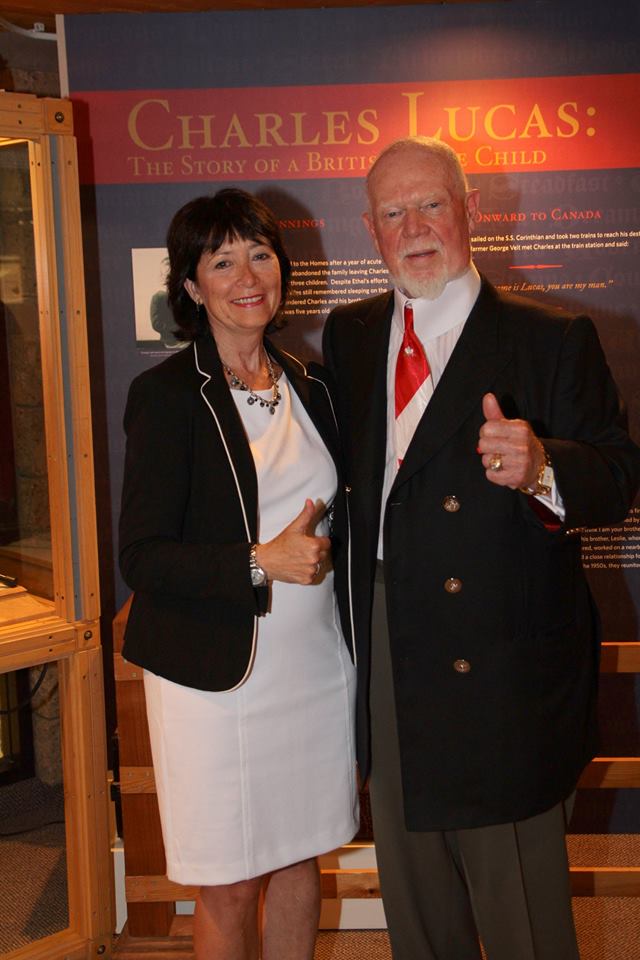 Sandra Joyce had to uncover a secret her father held for close to 80 years in order to find the family she had always wanted.
The Toronto-based writer – who was raised by two British ex-pats – grew up without any contact with her father’s family. She was told she had an uncle, but that was it.
Ultimately it would take a visit to the Canadian Museum of Immigration after her father’s death and hours of research to find the full story: her father had been a British home child, plucked from his family in 1925 to come to Canada to work in the fields of Ontario.
“My dad never spoke of this,” Joyce said. “When I got all of these documents, it was one surprise after another. The biggest surprise, of all, was he had a sister who remained in Scotland and he never spoke about, so we’ve managed to trace their family.”
Joyce has since met her paternal first cousins. She even stayed in the Tower of London with a first cousin who is the tower’s only female Beefeater.
“If I had never found out about my father being a British home child, I would never been able connect with his family,” Joyce said, noting the process of reunification has been “almost overwhelming.”

Robert Joyce, 15, and his brother Thomas, 12, are pictured here in this photo taken when they arrived at a receiving home for British children in Brockville, Ont in 1925. More than 100,000 British children — including Robert and Thomas — went sent to Canada to work as indentured farm workers and domestics from 1869 into the 1930s. (Handout)
Joyce is now on a mission to help other descendents of British home children find their lost families scattered across the world.
For more than a decade, Joyce has travelled across Canada to share the stories of these often-forgotten child labourers and provide support to their families searching for lost loved ones. She has also published a series of novels based on the experiences of British home children.
Joyce recently helped secure a formal apology to British home children from the House of Commons.
Joyce will share her family’s story, as well as her years of research on British home children, at the Sarnia library theatre April 11. Joyce last visited Sarnia in 2012 – a community where she says “quite a few” British home children were sent to work.
More than 100,000 children are believed to have been sent from Britain to Canada to work as indentured farm workers and domestics from 1869 into the 1930s.
These children – either orphaned, abandoned or poor – were sent to Canada by British churches and philanthropic organizations. Some children were as young as four, and often times, siblings would be separated from each other.
In 1925, Joyce’s father Robert was sent to Canada at the age of 15 along with his 12-year-old brother Thomas. They were sent to different farms in Ontario, and despite efforts to connect through their receiving home in Brockville, they never reconnected.
“My uncle wrote (the home) and asked for his brother’s address. Well, they didn’t know the address at the time,” Joyce said. “Then my father wrote to Brockville looking for his brother’s address, which they didn’t know at the time.”
Along with separation anxiety, Joyce said some British home children also had to grapple with abuse and neglect because once children were sent to Canada, it was the “luck of the draw” as to the conditions they would live in.
Joyce’s father Robert was ultimately released from the program at the age of 18. He moved to Toronto and eventually became a supervisor at Seaton House, the largest men’s homeless shelter in Toronto.
Robert went on to marry a fellow British ex-pat and then started a family of his own.
He died at the age of 93 in 2002.
Two years later, Joyce found his name on a passenger list at the Canadian Museum of Immigration in Halifax. Robert was part of a group of children who emigrated to Canada at the time – a fact that left Joyce searching for answers.
“At the time, I said, ‘Why don’t I know about this story? It would have made such a big difference in our lives as a family if we had known this,’” she said.
“He felt, I guess, ashamed that he was part of this group that was stigmatized in Canada.”
During that era, Joyce said society was wrapped up in a discussion about eugenics because people at the time thought poor children were the offspring of degenerates.
Looking back, Joyce said she can see how that – along with the fact her father came to Canada with few possessions – formed his lifelong need to always be financially secure as an adult.
While her father never told his own story, Joyce said she likes to think that in light of today’s more accepting society that “maybe he would have changed his mind and want it to be told.”
Joyce said the plight of British home children is a story shared by all Canadians.
“It’s one that affects so many people – so many Canadians – but it’s also a huge part of our history,” Joyce said. “Maybe it wasn’t the best part of our history, but it’s still part of our history, and we as Canadians don’t know enough about our history.”